Mobile Vehicle Locksmith covering a very large area which include places such as Warwick, Leamington Spa, Stratford-upon-Avon, Coventry and surrounding areas. PHONE LINE UPDATE IF YOU HAVE ISSUES ON LANDLINE PLEASE CALL THE MOBILE

Whether it's keys programmed to a 6ft smart car or a 45ft articulated lorry we can replace lost keys on most vehicles usually providing a same day mobile service or a call in service without the need to pay main dealer prices or lengthy wait to get back on the road.

Based at our custom fitted workshop and trade outlet we can provide spare remote locking keys, fobs and transponder keys for most cars, vans and trucks at trade prices to the trade and public alike. We also program ecu’s dash clocks and immobiliser units as well as reading and clearing fault codes and airbag lights.

Got an electrical fault that is stopping your vehicle from starting? We have dealer level equipment to find and cure these issues.

Even without a key or a key code to work from our mobile vehicle locksmith service  will be able to re-cut you a new key for your vehicle on site.

By safely removing the lock and decoding the combination a duplicate key can be moulded on site without the inconvenience of having  to get your vehicle towed to a dealership and the huge cost involved by paying dealership prices.

Keys can be cut from any broken key. We don’t just copy the cut we read the cuts front he original and cut a new key to original cut depths and spacings. This way you not only get a new car key cut, but a key that has zero wear, unlike copying existing keys by tracing the key with a copy cutter.

If your key is broken inside a lock, that is not a problem. We have all the tools and know how to remove the broken key from your lock without doing any damage to it. 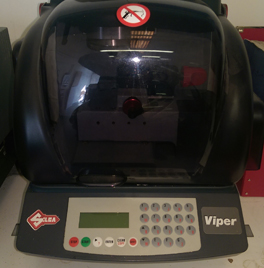 When the car key is turned in the ignition, the engine control unit (ECU) on the car sends an electronic message to the key, and it will allow the car to start only provided it receives the correct message back. So, even for a simple car key without any buttons, the key must be cut correctly to turn the locks, and also programmed correctly to disarm the immobiliser.

Car keys with transponder chips have to be programmed to your vehicle using specialist diagnostic equipment.

What is a Transponder?

A transponder is short for: transmitter + responder

The word transponder was first coined around 1945. In layman’s terms a transponder is a miniaturized electronic chip that has anon volatile memory. This is a type of memory that does not need a constant energy supply to retain its data. Along with that electronic chip is a very fine wire coiled around a tube. This is in effect like an aerial amplifying the data on the transponder chip when interrogated by the cars ECU (engine control unit)

The process of key identification is similar in most automotive transponder systems. Once a key is inserted into the ignition and turned to one of the 'on' or 'run' positions, the induction coil that is mounted around the ignition sends out an signal of energy. The aerial in the transponder chip receives the signal and power the electronic chip to emit a signal. The signal is usually an alphanumeric sequence which is considered the identification code. The induction coil reads the signal and sends it to some type of computer device to recognise the signal. If the signal is recognised as being already in the computer’s memory the signal is accepted and other electronic components in the vehicle are set into motion to allow the starting of the vehicle or the continuation of the engine running.

Immobiliser systems based on Transponders may not be as safe as they are considered to be. Some immobiliser systems tend to remember last key code for so long that they may even accept a non-transponder key even after a few minutes of taking out the original key from ignition. 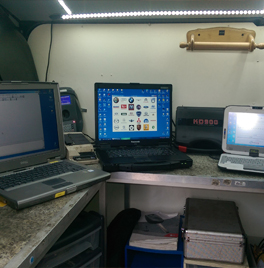 If your locks are worn or damaged we can replace the locks for you while you wait and also recode the lock to your original key, thus keeping the vehicle all on the same key.